Want to learn all about Kanna? You have come to the right place!

This article contains all information about the African herb, its effects, uses, and everything in between.

Native to South Africa, Sceletium Tortuosum is a potent plant of which the leaves and roots are often dried or fermented to produce a potent powder offering a range of different applications: From anxiety relief to vision-inducing, from increasing sensory perception to aiding in meditation.

Continue reading to learn more about Kanna’s many applications.

Kanna, Channa, or Sceletium Tortuosum, is an indigenous succulent plant in South Africa. It was first reported to have been sniffed, chewed, and smoked as an inebriant in the 16th century when the Dutch came to South Africa. It has also been successfully used on dogs, cats, and horses for general over-excitement, calming, and anxiety.

However, it wasn’t until the late 19th century that the botanical source of Kanna remained undocumented and thus largely unknown. It turns out that the plant was so newly introduced to the market that the initial ethnobotanical data of its psychoactive use wasn’t documented until 1996!

However, Kanna is now gaining popularity more than ever. In fact, doctors and scientists today are realizing its importance and the fact that it can no longer be underestimated. Researchers are beginning to read into its many medical applications, while others are exploring the recreational benefits this miraculous herb offers.

Where to buy Kanna

Today, Kanna is widely popular in the Western World, mostly for its recreational use. However, Kanna also has several medicinal effects, which is why it is often used to fight anxiety and depression. There’s a reason why Kanna tea is so popular in today’s generation— not to mention sniffing Kanna.

Luckily, you can buy Kanna right now in many different forms, both online and offline. You can buy shredded and dried Kanna leaves, crushed Kanna (usual), Kanna seeds for growing your own Kougoed plant, and the very strong Kanna extract.

What are the side effects of sceletium?

In studies conducted on healthy adults, participants took 8mg/25mg of the best Kanna supplement daily for 3 months. Surprisingly, no negative changes in pulse, breathing rate, or blood pressure were found. Also, there were no reported side effects.

In another study, rats with Sceletium Tortuosum in their system showed no adverse effects during the 14-day or 90-day studies.

However, a few reports found people who chewed Kanna shortly after fermentation had some sort of intoxication, headaches, and loss of appetite.

More studies are definitely needed to identify whether there are any adverse effects of long-term use.

Kanna doesn’t impair your mental focus or judgment in moderate doses— It is rather known to improve brain function.

Because Kanna helps decrease symptoms of anxiety and enables emotional insight, herbalists are concerned that the herb could become an increasingly popular recreational drug. That said, unlike actual recreational drugs, Kanna isn’t known to result in impaired judgment, addiction, or sedation. It’s not hallucinogenic, even in large amounts.

One of the key alkaloids present in Kanna is Mesembrine. It’s a serotonin reuptake inhibitor that is often referred to as a PDE4-inhibitor.

Kanna, with high quality, can be identified by its distinctive smell (tobacco-like smell), and its taste is usually bitter to very bitter, depending on the part of the plant. Weak Kanna doesn’t have much taste or that “loud” smell. You can see the alkaloids accumulation on some, similar to how you can see THC resins on a quality cannabis plant.

What are the effects of Kanna?

Speaking of Kanna Effects, Kanna is essentially effective in stressful, tense situations. Consuming the herb will quickly make you feel more alert, thereby melting away any tension you might have.

The biggest advantage of Kanna is that it is not addictive. Kanna is safe to consume. Considering that people in South Africa have been using this herb for decades, we’re provided with a solid case study. Any Kanna user who stopped using the herb after many years of use had zero withdrawal symptoms.

Can Kanna get you high?

In addition to giving you a very positive boost, Kanna decreases tension, stress, and anxiety and stops your appetite. Kanna, when consumed in a low dosage, will provide a euphoric feeling. On the other hand, high doses may cause numbness. Additionally, mixing Kanna with mushrooms can give you a “high.”

In short, the effects of Sceletium Tortuosum depend on your state of mind and the environment you’re in.

What kind of drug is Kanna?

The Kanna plant, as mentioned earlier, isn’t hallucinogenic. Also, no serious side-effects have ever been recorded or documented, as far as studies go.

Kanna is a herbaceous plant that is native to South Africa. It also acts as an appetite suppressant and antidepressant. The herb is traditionally dried and chewed. However, you can also smoke it or sniff it, depending on how you prefer using it. Does that make it a drug? Absolutely not.

Kanna can also be made into tinctures or teas.

Is Kanna legal in the USA?

Kanna is uncontrolled in the US by federal law. This means all parts of the Sceletium Tortuosum plant and its extracts are totally legal to cultivate, purchase, possess, sell, trade, or give without any license/prescription.

However, if sold as supplements, sales must adhere to USA Supplement Laws. 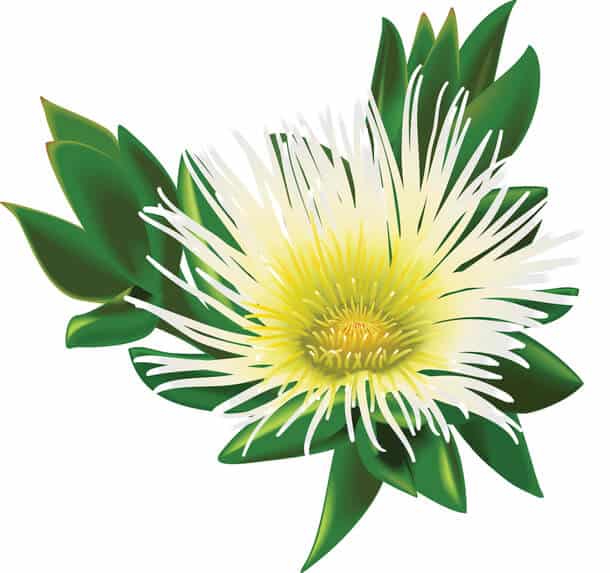 How much Kanna extract should I take?

Because Kanna can be purchased in many forms, it’s possible to take several small doses during the day.

How long does Kanna’s high last?

When consumed as a tea, it can take up to an hour and a half until you actually feel it. The effects, however, could last for several hours.

Unlike Kanna tea, smoking the herb will provide faster results. You’ll feel the “high within 30 minutes, which will last for a couple of hours.

When sniffing, you’ll be able to feel the “high” within a few minutes, which can last up to 60 minutes or more. As a result, you’ll feel more relaxed.

Does Kanna give you energy?

Kanna works as an energy booster at a moderate dose. Mesembrenone boosts energy use in your body by blocking an enzyme known as phosphodiesterase 4, or PDE4, which breaks down cyclic adenosine monophosphate, aka cAMP— a messenger molecule.

cAMP is vital for your energy balance. It enhances fat-burning and works on adrenaline, glucagon, and immune cells. Furthermore, it can activate a gateway that produces long-lasting memories

Is Kanna a stimulant?

In moderate doses, Kanna provides an instant energy boost: some describe it as “tingling sensations.” Others report improved ability to multitask, focus better, and think clearly.

Higher doses may result in sedation, resulting in mental and muscle relaxation. Focus and concentration may be affected at this stage.

Kanna elevates your mood, reduces anxiety and stress, and works as an antidepressant. It has also been widely used as an appetite suppressant. All things considered, when something has been tested for over 10,000 years, it has to work.

Like with any other herb, it’s always best to consult a doctor before trying and testing Kanna for whatever needs you may have. It may seem tempting to jump right in, but don’t rush.

Keep in mind that if you understand your body and slowly build your dosage from a reasonably small dose, chances are you will be able to experience Kanna to its full potential.

Kanna is here to stay as it always has been. So, don’t get left behind, and start exploring today!