The roots of the Silene capensis powder (also known as Ubulawu) have, up until recently, only been used by the Xhosa people of South Africa. Still, it is rapidly capturing the attention of western society mainly due to its ability to help create lucid dream states. Prepared in the traditional way or using more accessible western alternatives, the roots can induce vivid and lucid dreams. However, only some users report experiencing lucid dreams after ingesting the roots.

African dream root is a plant that is indigenous to the Eastern Cape in South Africa. It’s easy to grow, extremely resistant to high temperatures and moderate to low temperatures, growing in temperatures between 23 and 104 degrees Fahrenheit. In addition to the healing and dream-inducing properties of the roots, the plant is also notable for its fragrant flowers that remain closed during the day and open at night.

The history of Silene capensis

African Dream Root has been used for thousands of years by Xhosa traditional healers in the Eastern Cape in South Africa. Known by its Xhosa name ‘Undela Ziimhlophe,’ which can be translated as ‘white paths,’ it is recognized for its ability to help with sleep quality and enhance dreams.

In Xhosa culture, dreaming is an essential part of the belief structure. Dreams are believed to be messages which include healing guidance sent from ancestors. It’s one of the most important of the more than 300 psychoactive plants used by the Xhosa people for medicinal and therapeutic purposes. It is considered sacred because of its ability to induce vivid dreams, which forms an integral part of Xhosa culture.

Uses and benefits of Silene capensis

Much of what is known about silene capensis is due to work done by researchers Jean-Francois Sobiecki and Manton Hirst. Sobiecki is an ethnobotanist, nutritionist, and research associate, while Hirst is an anthropologist with an interest in Southern Nguni history, ethnography, religious representations, and traditional healing. Both spent many years living closely with the Xhosa people in the Eastern Cape of South Africa, reporting on religious, cultural, and healing practices.

Following their work was the 2013 study which looked at isolating the physiological means by which the dream root was able to induce vivid and lucid dream states. While not thoroughly tested, the study investigated the hypothesis that triterpene saponins in Silene capensis were the key compound responsive to the root’s effects. Therefore, conjecture that the root could then be classified as an AChEI inhibitor, which would put it in the same category as other products such as Huperzine-A, a popular product for inducing lucid dream states. There is still much research to be done on the effects of the African dream root, and many of the reported effects are, therefore, anecdotal.

Silene Capensis is used for:

The main effect of using African dream root is improving sleep quality. Ingesting the root before bed helps to ensure that you will wake up feeling refreshed and ready for the day, often with fewer hours of sleep.

African dream roots often induce vivid, extremely memorable dreams. And although this is not the case for everyone who uses silene capensis, some users have lucid dreams. Lucid dreams refer to a dream where the person dreaming is aware that they are asleep and dreaming. In some cases, this may even extend to having some control over the dream, such as the characters, how the dream unfolds, and the setting of the dream. Upon waking, users are then able to report in full detail what happened in the dream. If you are using the root to induce vivid or lucid dreaming, it is advisable to keep a journal. This is because the details of the dream may be easy to recall upon waking but can quickly fade during the day. Other effects of the root on your dreams are that they become more colorful, and the colors themselves are likely to be extremely vivid.

Dreaming is of particular significance in Xhosa culture, where dreams are considered to be gifts from ancestors who can impart knowledge or healing to their descendants. According to Xhosa traditions, the African dream root can help you get answers if you have a particular question. The answer will come in your dreams, drawing on the wisdom of your ancestors. This is because the Xhosa people believe you can communicate with your ancestors (only those from your paternal side) while in a dream state. By concentrating on your ancestors, they will bring you the wisdom you need while asleep.

In lucid dreams, the dreamers are aware that they are dreaming, and are responsible for the rising popularity of the root in western countries. Beyond the vivid colors and intricate details of the dreams, the symbolism found in the dreams has a prophetic nature which the Xhosa people liken to being underwater. The details of the lucid dreams are in high definition, and you can experience your imagination coming to life. The duration of the dreams can be lengthy, taking the dreamer on a journey that they can recall upon waking.

Dream root consumption tends to have a relaxing effect upon waking up. Users comment on the quality of their sleep and the sense of well-being upon waking.

As part of ceremonial rituals in traditional Xhosa culture

The dream root is consumed during different rituals, including funerals and full moon rituals. It is also used by traditional healers to treat mental issues as well as to improve memory. 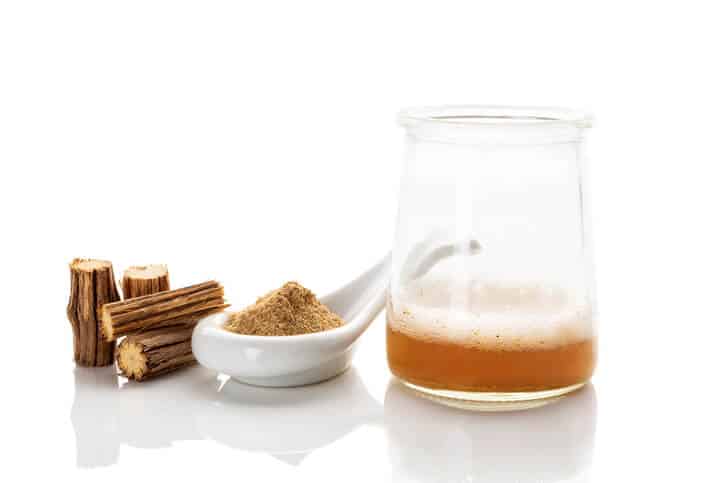 Silene capensis dosage and side effects

The different options for consuming African Dream Root include:

Traditionally, around 200mg of dream root would be crushed and ground. The dust would be mixed into half a cup of water and stirred continuously to form a thick foam. Just the foam (not the liquid) is then scooped out with a spoon or sucked up with a straw and ingested. The process can be repeated to create more foam.

The western equivalent of this would be to mix a heaped teaspoon of the root powder with half a liter of water and continue blending the water until froth forms. Consume the foam off the top, then stir and suck more of the foam until you reach a stage where you feel that you are full of foam. Then go to bed within thirty minutes to an hour.

Mix half a teaspoon of the root powder with half a glass of water. This should be drunk early in the morning when you wake up on an empty stomach. When you feel hungry, you can have breakfast, and it will not have any side effects. Drinking the mixture on an empty stomach will give the alkaloids the time they need to travel through your system. You won’t feel the effects during the day. However, once you fall asleep, the alkaloids that travel slowly through the bloodstream will have an effect when you go to sleep. According to Xhosa culture, you should focus on the question you want to be answered as you prepare to sleep. This should allow you to receive the answer in your sleep and have vivid, colorful dreams that you can recall when you wake up.

In the western world, the process has been somewhat simplified, and silene capensis is available in capsule form, making it much easier to ingest. To match the efficacy of traditionally prepared dream root, it’s advisable to increase the amount that you ingest. The recommended daily dose is between 500mg and 3g per day. The amount you consume will vary from person to person, and there will not necessarily be a more noticeable effect if a higher dosage is used. The preferred option is to start with a lower dose and work up to a higher dose, depending on how you react and your preferences. Capsules should be taken thirty minutes before bed, but you don’t need to worry about falling asleep immediately. As the dream root begins to take effect, you should feel more relaxed, which will help you to fall asleep.

This uses a 2cm piece of dream root which needs to be ground and mixed with cinnamon and ginger. The ingredients should then be added to a cup of boiling water and stirred, then left to settle for two minutes. If you’d like to add honey, milk, or sugar to improve the flavor profile, that can be done as it won’t affect how the tea works.