How Does Ashwagandha Help The Body 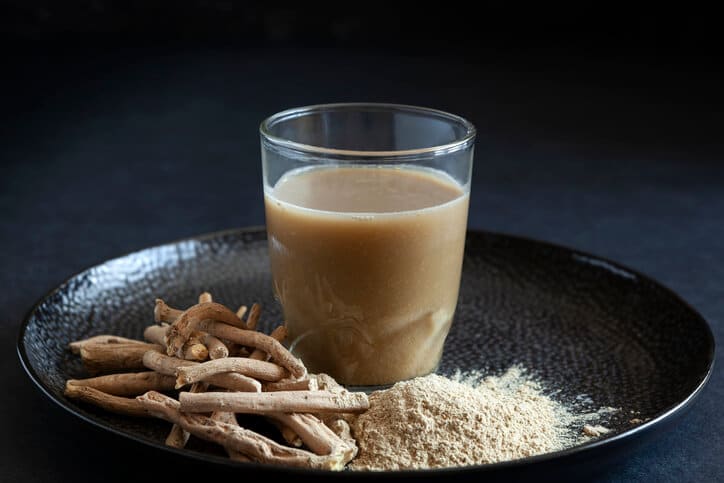 Ashwagandha is a medicinal plant with varied uses for human health. “Ashwa” means horse, and “gandha” means smell. The word Ashwagandha translates to “smell of horse” since the roots smell like that of a horse. Since the herb is used primarily to strengthen the immune system, it is also known by other terms like “strength of a stallion.” Ashwagandha’s broad-spectrum benefits have been used for centuries in India, where Ayurveda originated. Today, science shows that Ashwagandha’s beneficial effects are due to its anti-inflammatory and antioxidant properties.

Ashwagandha has multifarious rejuvenative effects on the human body; because of this, it is also referred to as a “royal herb.” It acts on various systems of the body, such as the nervous system, the immune system, the endocrines, the reproductive system, and the body’s energy production system.

How does Ashwagandha Benefit you?

Organic Ashwagandha root powder is primarily used as a rejuvenator to promote youthful physical and mental health, boost mood, and as a tonic for middle-aged and elderly for longevity and well-being. Its potent antioxidant properties support better defense against diseases, which may also help fight cancer. Ashwagandha’s ability to improve the body’s cell-mediated immunity makes it a safe rejuvenator and immune booster. Cell-mediated immunity involves the activation of the body’s defense cells and mechanisms that fight pathogens.

Ashwagandha is rich in steroidal lactones or withanolides, which are unique to this herb. It includes withanolide A, withaferin A, and withanone. Studies show that these constituents in Withania somnifera contribute to its beneficial effects on health. The biologically active chemicals like alkaloids, withanolides, withaferins, and saponins promote immunomodulatory actions. Compounds like withaferin-A, sitoindosides, and acylsterylglucosides in Ashwagandha work to fight stress.

Besides these unique compounds, Ashwagandha includes amino acids (including tryptophan), sterols, tannins, neurotransmitters, triterpenes, and lignans. Other antioxidants include flavonoids, catalase, superoxide dismutase, and glutathione, which is considered the” mother of all antioxidants.”

A combination of unique compounds and other naturally occurring compounds attribute to Withania somnifera’s medicinal and beneficial effects on human health. 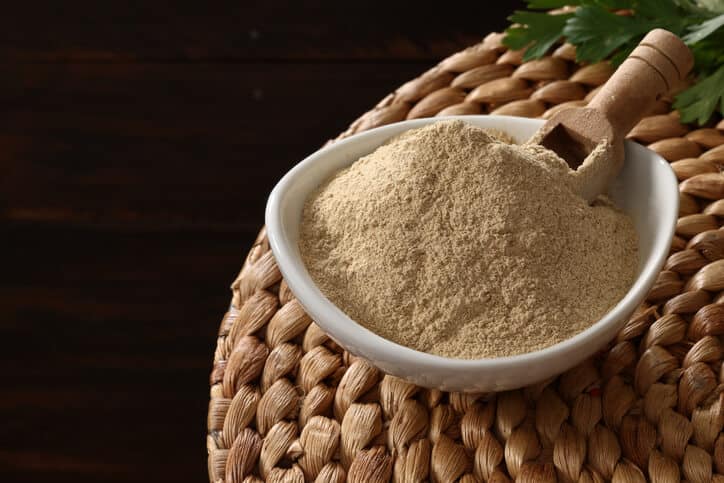 What Are The Benefits of Ashwagandha

Many research reviews and abstracts support the effects of Withania somnifera. You can view abstracts by clicking the links under the benefits.

May have anti-cancer effects

Ashwagandha has anti-tumor effects, which is evident from the studies on cells and animals. The anti-tumor effects help in reducing the growth of tumor cells, which may also help in preventing the development of cancerous cells. Researchers found that the root and leaf extracts of Withania somnifera showed anti-cancer properties. Not only did the withanolides in the herb fight the carcinogenic process, but they also demonstrated cancer-preventive effects. Researchers attribute the anti-cancer effects of Ashwagandha to its immuno-modulating effects, which play a crucial role in boosting the immune system of cancer patients. An animal study found that Ashwagandha supplementation increased the white blood cell count, which helps protect the body from pathogens. Cancer patients show a reduced count of white blood cells after chemotherapy; supplementing with Ashwagandha may help boost their immune defenses against viruses and other pathogens.

Ashwagandha is used as a natural remedy for stress and anxiety treatment. It is an adaptogenic herb since it helps fight stress and improve one’s resilience to stress. Adaptogenic herbs normalize the physiological process during stress and help the body to cope with stress and adapt to changes. Ashwagandha also supports adrenal function and helps normalize the release of cortisol – the stress hormone. Adrenal glands release cortisol in response to stress. An overtaxed adrenal gland can lead to fatigue and emotional and mental stress. When chronic stress impacts adrenal glands, it leads to a cascading effect. It disrupts hormone levels, including progesterone, which can affect fertility. Overworked adrenals also lower DHEA levels. DHEA is a hormone linked to longevity and maintaining a robust body.

Boosts mood and lowers the risk of depression

Besides fighting stress, the bioactive constituents in Ashwagandha are also found to have anti-depressant effects. One study found that a specific constituent, glycowithanolides in Ashwagandha, demonstrated an anti-depressant effect. The study’s researchers supported using Ashwagandha as a mood stabilizer in clinical conditions of anxiety and depression. A recent 2019 study’s findings also suggested that extracts of Withania somnifera may hold promise in treating depression and anxiety symptoms in patients with schizophrenia.

Ashwagandha contains phenolic compounds, including flavonoids, which are known to possess blood sugar-lowering effects. Studies on animals and humans confirm that Ashwagandha could act as an effective blood sugar stabilizer with anti-diabetic properties. In a small clinical study, six subjects with mild diabetes (non-insulin-dependent) and six with mildly high cholesterol levels were administered Ashwagandha. They showed reduced blood sugar and cholesterol levels. A study on fructose-fed rats found that Ashwagandha inhibited the fructose-induced rise in blood glucose levels and prevented insulin resistance and inflammation. The study was published in Reports of Biochemistry and Molecular Biology.

Ashwagandha is also recommended for energy enhancement and enhancing exercise performance, possibly because of its ability to increase muscle mass and endurance. A randomized controlled study found that Withania somnifera increased muscle mass and strength in conjunction with resistance training. The clinical study was conducted on 57 young male subjects divided into two groups, one receiving the herb and another placebo. Compared to the placebo group, the treatment group showed increased muscle mass and size of the arms and chest. Also, researchers of the study observed that the treatment group showed reduced exercise-induced muscle damage, increased testosterone, and a higher decrease in body fat percentage compared to the placebo. Another study on the herb’s safety and efficacy found that healthy men showed a significant gain in muscle strength after 30 days. The subjects received 750-1200 mg daily of Ashwagandha root in pulverized form.

Ashwagandha benefits people with under-active thyroids or Hashimoto’s disease. A study on Ashwagandha’s effects on patients with subclinical hypothyroidism found that the herb helps increase thyroid activity. The study found that 600 milligrams of Ashwagandha taken daily for eight weeks showed improved serum Thyroid Stimulating Hormone (TSH) and thyroxine (T4) levels compared to placebo who received starch. Another study to evaluate the effects of the herb on bipolar disorder showed an increase in T4 levels; however, the purpose of the study was different.

Ashwagandha is often used for its neuroprotective and memory-enhancing abilities that stem from its antioxidant and anti-inflammatory effects. Stress in any form can cause damage to the brain and the nervous system. Studies show that Ashwagandha’s stress-fighting effects may also offer protective effects against neurodegenerative conditions like Alzheimer’s and Parkinson’s. Two main withanolides in Ashwagandha – withaferin A and withanolide D boost cognitive abilities. These two are naturally occurring steroids. A study found that when injected with these compounds, rats showed reduced plaque buildup, reversed behavioral deficits, and reduced amyloid-beta burden (causes Alzheimer’s) in their brains. A pilot study on humans found that Withaneria somnifera significantly enhanced the immediate and long-term memory in people with mild cognitive impairments. Researchers concluded that 300 milligrams per day for eight weeks boosted memory and cognitive skills in patients involved in the study.

In Ayurveda, Ashwagandha is also used to boost low testosterone levels and improve male fertility. A 2010 study on Ashwagandha found that supplementation improved testosterone levels in 75 men under infertility screening. Researchers also found that it reduced stress-induced oxidation levels in the seminal fluid of the infertile males in the treatment group. The study confirmed the positive outcome of ashwagandha treatment in infertile males. A 2015 pilot study found that ashwagandha extracts may help improve female sexual function and health.

Several factors determine the dosage of Ashwagandha. These include an individual’s age, the current state of health, medications in use, and several other conditions.

Some individuals may not like the strong smell of Ashwagandha; in such cases, capsules help. The powder form of Ashwagandha, when combined with other foods or drinks, acquires an improved appeal and pleasant smell.

Pregnant women may develop miscarriages, and breastfeeding women should avoid it.

People with an autoimmune condition should not use it unless authorized by a physician.

Those with hyperactive thyroid conditions such as Graves’ disease should avoid this herb, as it stimulates thyroid activity.

Type 1 diabetes patients should avoid it as it lowers blood sugar.

Patients taking medications for lowering blood sugar and blood pressure should avoid Ashwagandha or consult with their doctor before consuming it. Your doctor may adjust the medication dosage to suit your needs.

Patients taking immune-suppressing medications should avoid Ashwagandha and must consult with their doctor first.

Patients undertaking surgery should stop Ashwagandha two weeks before surgery. Anesthesia and other medications, along with Ashwagandha, can slow down the central nervous system.

People with stomach ulcers should avoid this herb as it can irritate the gastrointestinal lining.

Ashwagandha is rightly called the “strength of the stallion” for its incredible health benefits and ability to build endurance. 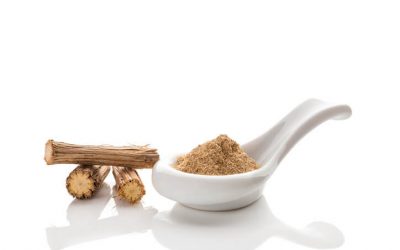 The roots of the Silene Capensis (also known as Ubulawu) have, up until recently, only been used by the Xhosa people of South Africa. Still, it is rapidly capturing the attention of western society mainly due to its ability to help create lucid dream states. Prepared...

END_OF_DOCUMENT_TOKEN_TO_BE_REPLACED 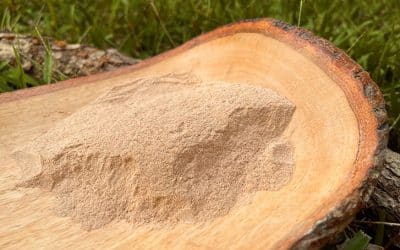 Herbal restoratives are also used from time to time as curative herbs or remedial remedies. This is because they are supernatural plants that provide remarkable health benefits and help bring the brain, body, and soul into balance. Even herbal tonics are very safe...

END_OF_DOCUMENT_TOKEN_TO_BE_REPLACED 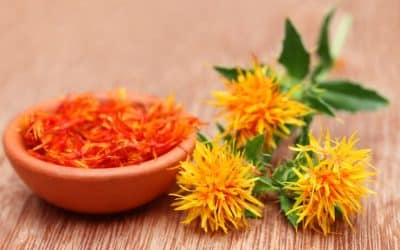 No flower may be as tied to human history as the safflower (Carthamus tinctorius), which has been used for health and wellness, ceremonial and cosmetic, and aesthetic purposes. Since man’s beginnings along the Tigris and Euphrates rivers, safflower has been part of...