Herbs of many kinds have helped women’s health for thousands of years. Each brings its unique benefits to the table and addresses some dimensions that could need healing: fertility, menstruation, and more.

Over centuries and millennia, some herbs have gained better and more praised reputations than others. While many herbs for women’s health have risen to the top, none have a better reputation than Dong Quai or black cohosh!

That’s not to say certain other herbs aren’t meaningful or recommended for gentle corrections or support. On the other hand, remedies like black cohosh (Actaea racemosa) and Dong Quai powder (Angelica Sinensis, Chinese Angelica, or “female ginseng”) have powerful and noticeable effects. They should be called upon when gentler herbs don’t work.

With the guidance of an herbalist, doctor, or other health professionals, these herbs can alter the course of your health (and even your life) for the better. 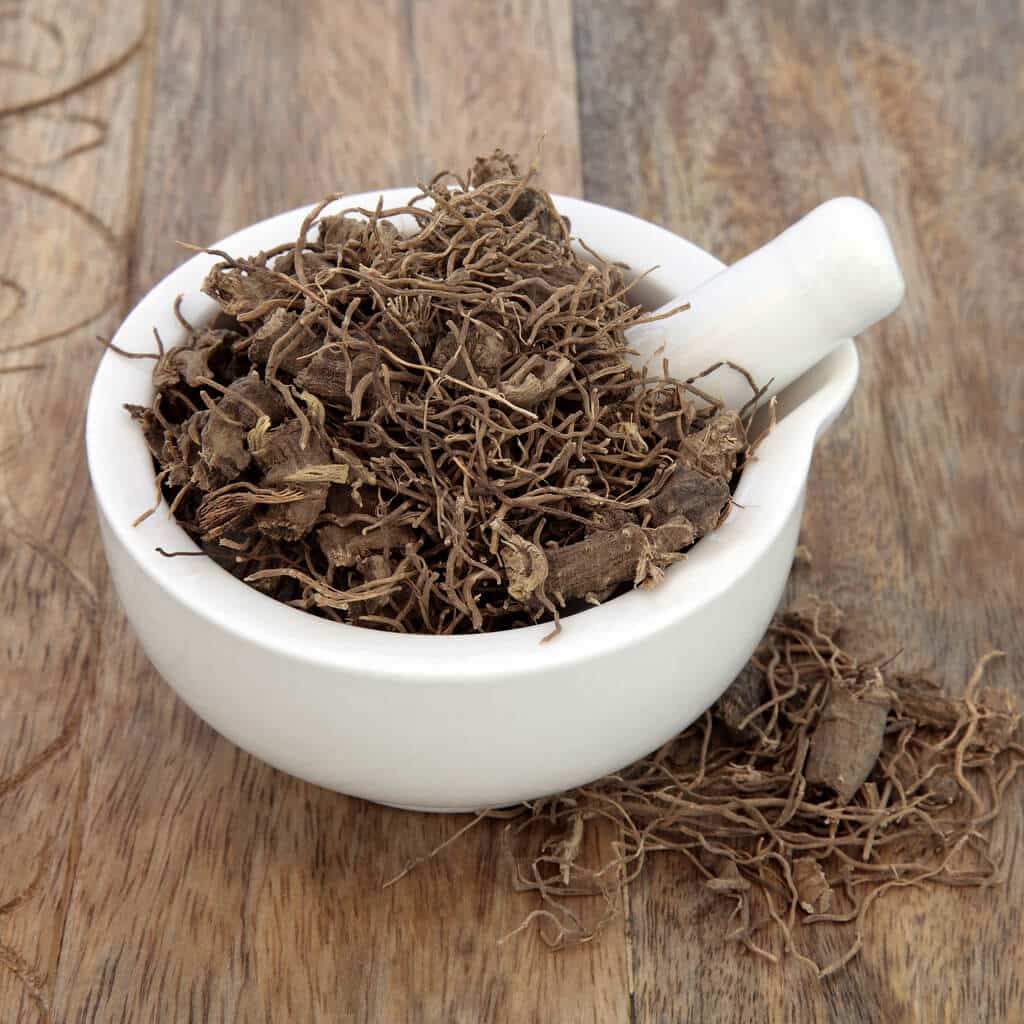 What is black cohosh?

Deep in the thickest temperate woodlands of North America (such as the Appalachian or Allegheny mountains), black cohosh grows as a towering flowering plant with spiral blooms and pearl-like petals. It was considered a “snake medicine” by some Native American groups and used to treat venomous bites, while a more favored use was to aid women during childbirth.
The root is harvested whole or in part from the plant and can be pulled up, cleaned, dried, and made into a variety of medicines: tea, decoction, extract, supplement, topical wash, salve, or ointment. The plant is known to help regulate menstruation, support the transition of menopause, balance hormones, boost fertility, and so much more. 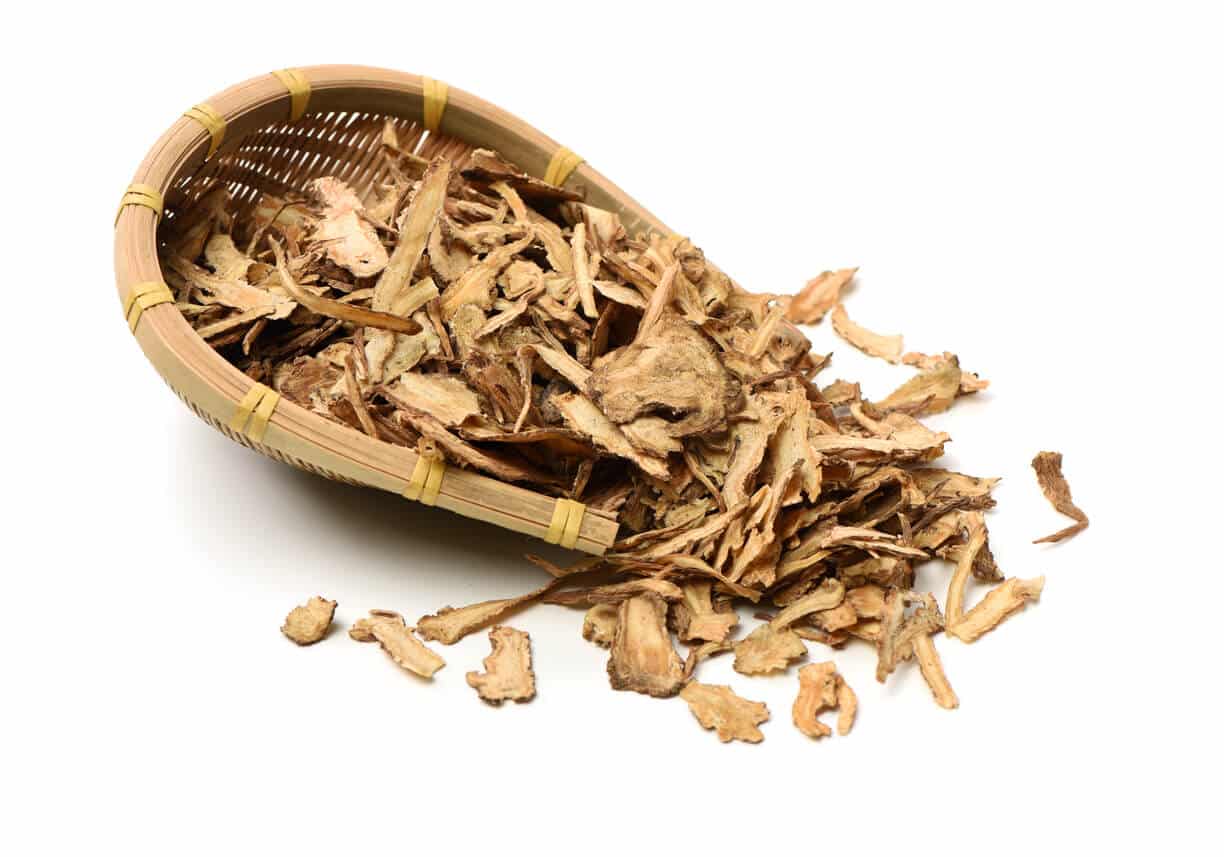 What is Dong Quai?

Similar in some ways to black cohosh, Dong Quai is also a very tall blossoming plant. It is very closely related to garden variety angelica (also medicinal and in the same genus, Angelica). These two look quite similar: having very thick, tall, and distinct hollow stalks; large fan-shaped leaves; and showy, umbrella-like flowers that are white, yellow, or green.

Instead of being found throughout much of Europe and North America like Angelica, Dong Quai is resident in many regions throughout East Asia (especially China). According to Traditional Chinese Medicine (TCM), it’s become one of the best and most renowned female health herbs and remedies in China and according to Traditional Chinese Medicine (TCM).

The roots, stalks, and seeds of Dong Quai can each be used medicinally. The herb is usually given or used for pain and bleeding issues related to women’s health: helping with painful menstruation, easing cramps, boosting uterine health, or moving blood through the uterus and body when periods are scant, light, or suppressed.

How do black cohosh and Dong Quai support women’s health?

Black cohosh and Dong Quai work differently in supporting women’s health, though they also share some similarities. Depending on the issues, symptoms, or even the individual’s physiology, either of these herbs (or both) can have a “tonic” effect: they help stabilize and support the female reproductive system, like many other common women’s herbs.

Now and in the past, however, both black cohosh and Dong Quai come in handy for even more specific and powerful effects on the body and women’s wellness, including some diseases, disorders, or conditions. Like in past times, these herbs are even used by midwives or doulas before, during, or after labor; they can have a markedly more intense influence on hormones, weight, skin health, and a lot more on how they change the body.

Which makes these fairly powerful and miraculous herbs in a way (and their benefits are even supported by science!) But what is the scientific explanation of how they work?

Dong Quai and black cohosh hold such great reputations as powerful herbs, and a lot of this is owed to a very special type of plant compound each of them contains: phytoestrogen.

“Phytoestrogen” may sound familiar: because it has the word “estrogen” in it, which we know to be an important human hormone for women! (And men in some cases, too.) Phytoestrogens are plant compounds that mimic what human estrogen does in the body. It’s thought that they have a particular effect on estrogen receptors— which can be of massive help to some women experiencing health complaints related to reproduction.

The many healing benefits of black cohosh and Dong Quai

Phytoestrogens and female health aside, let’s get to specifics. What can these two herbs help with— and what can they both support together, and how do they improve or heal separately?

Both of these herbs should not be taken if you are pregnant or breastfeeding, owing to their powerful impacts on women’s hormones. Before using these herbs before, during, or after for birthing or natal care purposes, be sure to consult with a professional naturopath, herbalist, or doctor!

When used right, these herbs can (and have had) changes that improve countless women’s lives for the better.