The Liver in Harmony and Disease

This Wood-Element organ is perhaps the most congested of all organs in the modern person. Too much fat, chemicals, intoxicants, and denatured food all disrupt the hundreds of intricate biochemical processes of the liver.

Traditional Chinese physiology tells us that the healthy liver establishes a smooth and soothing flow of energy through the whole person, in both body and mind.

When the liver is harmonious, there is never stress or tension. People with vital livers are calm; they also have unerring judgment and can be naturally effective as leaders and decision-makers.

When obstructed, stagnant, or overheated, the energy flow in the liver and throughout the body is hampered, resulting in myriad physical and emotional problems.

When these emotions are repressed without an opportunity for transformation, they cause depression. Mood swings, as well as emotional excesses in general, are liver-related.

Physical: Numerous signs exist, ranging from the superficial and subtle to the deeper and noticeable. To recognize the signs and the imbalances they represent, we now look at the most common liver syndromes and the dietary principles for resolving them.

Common Syndromes of the Liver

Liver Stagnation. Many liver conditions involve an excess of one kind or another. The most frequent kind occurs when too much food is eaten – especially rich, greasy food – and the liver becomes swollen and sluggish in its attempt to circulate qi energy smoothly through the body. The qi then stagnates in the liver and is not properly distributed.

Since it is qi that guides the flow of fluids and nourishment, selling occurs in certain areas of the body when the liver is swollen, and its qi is stagnant. (Swelling is a sign of excess.)

The most common locations of swelling are near the liver/gallbladder acupuncture meridians or other liver-related regions. The thyroid gland, for example, governs how fast the body burns fats, and it is often thought in Western physiology to be related to the liver.

When the liver is stagnant, a lump may be felt in the throat, even though one cannot physically be found; when a goiter exists (an enlarged thyroid, visible as a swelling at the front of the neck), this is also a sign of a congested liver.

The chest or abdomen may also become distended, or the breasts enlarged. Swellings or lumps can occur in the neck, groin, sides of the body, and the lateral portion of the thighs.

Also, accumulations such as tumors are liver-related, although the mass itself is considered a form of pathogenic dampness, which indicates a spleen-pancreas imbalance.

Back To Your Roots Herbs, love Bok-Choy.

The Liver Rules the Tendons and Eyes. When qi energy and fluid flow in the body are deficient, then the tendons are not “moistened” and can easily tear, become inflamed, or cause unexpected contraction or weakness in their related muscles.

A typical result of these conditions is an inflexible and rigid body. Likewise, the eyes become inflamed, swollen, or pulled out of focus by the muscles that control them.

Since the liver acupuncture meridian passes through and thereby influences the tissues surrounding the eyes, the eyes are directly affected by the liver in many ways.

Many writers and therapists who teach vision correction suggest a dietary method that has proved beneficial for most Westerners at least partly because of its remedial effect on the liver. It includes primarily vegetarian food, with an emphasis on fresh raw vegetables and sprouts

e is advised to under eat and to take the last meal of the day in the afternoon. As discussed earlier in this text, eating moderate amounts of food and avoiding late meals allow the liver and gallbladder ample time to prepare for regeneration during their four-hour cycle of peak energy defined by the Chinese Clock – from 11:00 p.m. to 3:00 a.m.

From our perspective, the qi energy of raw food does stimulate the energy flow of a stagnant liver. The B vitamin known as folic acid is considered by some researchers as the quintessential nutrient in the correction of myopia.

This vitamin is also the most heat-sensitive and so is available only in raw food, it is found in abundance in green leafy vegetables and all sprouts.

The Liver Stores and Purifies the Blood. The liver is said to be in charge of the storage of the blood, allowing more blood into circulation during periods of greater activity.

While in storage, the blood is processed and purified. However, if the liver is stagnant, then blood purification may be inadequate, leading to the release of toxins through the skin. Impure blood is a cause of acne, eczema, carbuncles, boils, acidosis, and allergies; also toxic blood feeds all degenerative conditions, including arthritis.

If the storage of blood malfunctions, the menses may be overabundant, irregular, scant, or lacking entirely. These last three can occur as a result of insufficient liver blood.

Other signs of such a liver blood deficiency syndrome may include anemia, general bodily dryness, tendon/ligament/muscle spasms or numbness (blood lubricates and nourishes the tissues), pale fingernail beds and face, and spots in the visual field.

In many problems with the liver, its blood and fluids, in general, are low and need to be enriched. The spleen-pancreas and kidneys also cause problems with the blood, its production, and the flow of menstrual blood.

Most heat signs in people with a rich diet are related to liver excess. Liver heat symptoms are fueled by the overconsumption of intoxicants, fats, meats, cheese, and eggs.

Even though these concentrated foods are not all-warming, heat develops as they block the normal functioning of the liver, and this blocking/stagnating effect occurs most often when these foods predominate in the diet.

“People with vital livers are calm; they also have unerring judgment and can be naturally effective as leaders and decision-makers.”

To reduce stagnancy or heat, the kidneys – “mother of the liver” – must produce extra yin fluids, which in this case act as a coolant and decongestant. If the liver never rests from a state of congestion, neither do the kidneys rest and eventually, the kidney yin function weakens.

A liver yin deficiency syndrome and the resulting minor heat signs develop as the yin of the liver diminishes and the kidneys strain to increase fluid production.

Signs of such “deficiency heat” include any of the general deficient yin symptoms: fresh red tongue and cheeks, small but frequent thirst, hot palms and soles, and insomnia; when lack of yin specifically affects the liver, additional symptoms may include irritability, dry eyes, nervousness, and depression.

The Source of Disharmony

Getting to the root of liver imbalance is a matter of understanding the fundamental cause of all disease. Too many desires – whether for sex, fame, power, security, money, or rich-tasting foods – can simulate a person to eat excessively.

Even in cases where not much is eaten, desire can blind proper judgment, so that inappropriate actions and diet may be chosen.

Most importantly, regardless of diet, emotions themselves when driven by the desire-complex of greed, anger, and resentment significantly damage liver function.

Unresolved emotional issues are stored physically as residues of excess in the liver, while emotional clarification unlocks and releases these residues.

The Chinese name for Schisandra is wu wei zi, which means, “Five flavors fruit.” According to Chinese medical traditions, Schisandra berries have all five flavors (sweet, sour, bitter, pungent, and salty) recognized in that tradition. The peel and flesh are sweet and sour, the seed is pungent and bitter, and the whole fruit is salty. Because it has all of the tastes, it benefits the five yin organs: the liver, kidneys, heart, lungs, and spleen.

This herb was considered so useful that in the late sixteenth century, officials in the Hezhong prefecture (territory) sent large quantities of it to the emperor as a tribute. 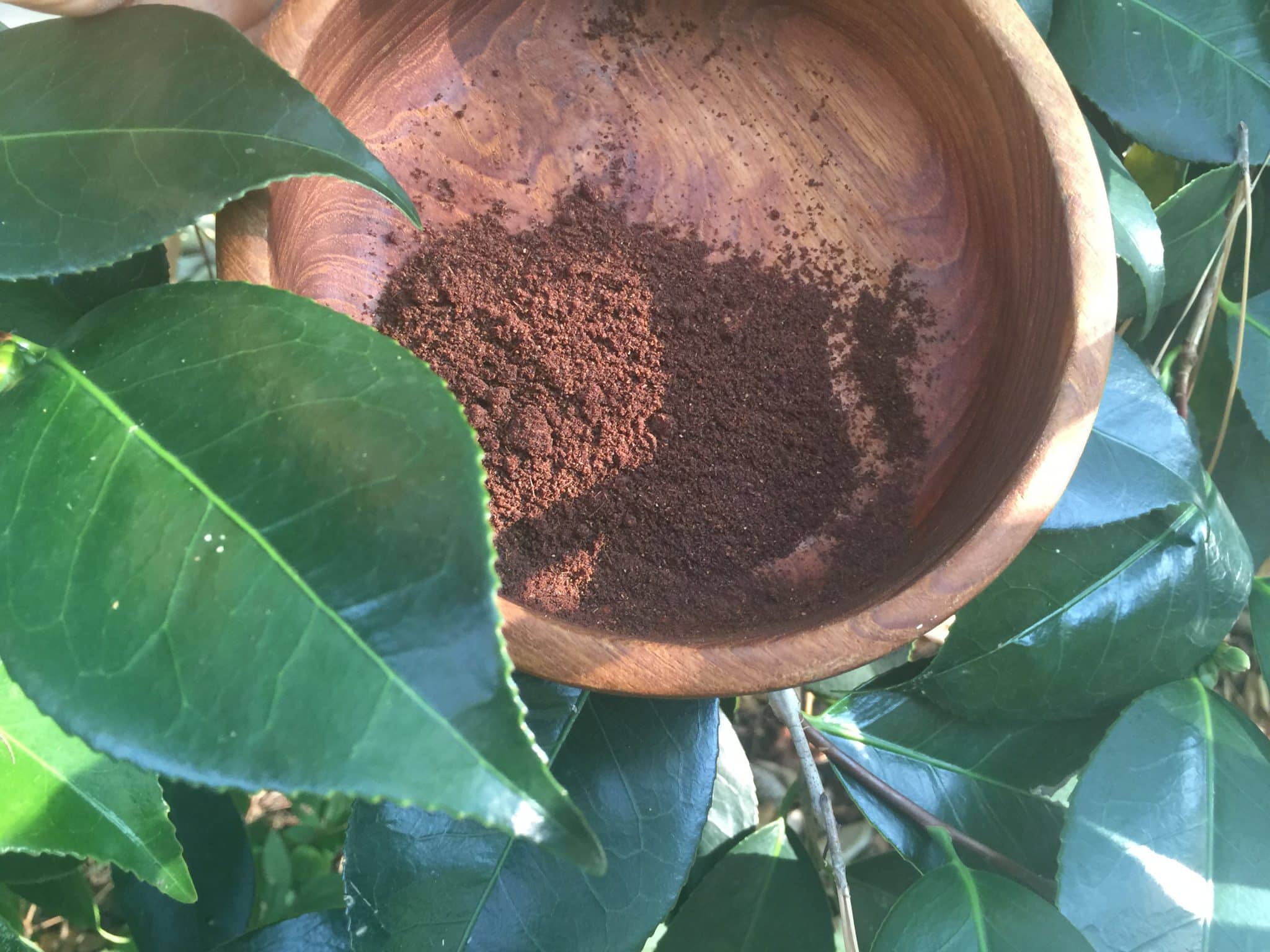 What is Aporphine & How Is It Used Medicinally? There are multiple plants and parts of plants with medical uses, but some plants are more well-known for their medical properties than others. Using natural plants to help relieve various medical issues is getting...

END_OF_DOCUMENT_TOKEN_TO_BE_REPLACED

The lotus flower is thought to be one of the most sacred flowers in the world, and it can be found growing in multiple locations all over. While people might look at the lotus flower and think it's incredibly pretty, a lot of people don't know about the true meaning...

END_OF_DOCUMENT_TOKEN_TO_BE_REPLACED

Best Herbs for the Immune System

Echinacea RootEchinacea is a popular flowering plant used for hundreds of years for its many medicinal benefits including reducing inflammation and fighting infections such as the common cold and flu. Echinacea boosts our immunity by increasing the production of...