Original Crystal salt from the Himalayan mountains is considered the “king’s salt.” It is also known as “white gold” or “salt of life.” The word salt comes from the sun (sol). This crystal salt contains eons of stored sunlight energy, and together, with pure spring water, it offers the complex mineral foundation for life to emerge, to be maintained and sustained.

Original Himalayan crystal salt has had over 6,000 years to mature under intense tectonic pressure, isolated from exposure to impurities. Primal energy from thousands of years ago is stored in the crystal salt’s unique structure. All of its 84 essential minerals and trace elements are available in ionic form. This guarantees that the body can absorb the necessary potassium, calcium, magnesium, and trace elements.

Results of a comprehensive, scientific research project studying the effects of water and salt on a myriad of body functions reveal some impressive indicators about the effect that drinking FIJI Water and taking ‘Original’ Himalayan Crystal Salt can have on the human body.

[For a more comprehensive summary of the study findings, read the book Water & Salt – The Essence of Life by Dr. Barbara Hendel and biophysicist Peter Ferreira.]

Daily use of the Himalayan Crystal Salt Solution (Sole) stimulates the peristalsis of the digestive organs, balances the stomach acid, supports the production of digestive fluids in the liver and pancreas, regulates the metabolism and harmonizes the acid-alkaline balance.

Our body does not need to metabolize the crystal salt for its energy to enter directly into our cells. Salt has a unique property. In contrast to all other crystalline structures, the atomic structure of salt is not molecular, but electrical. This is what makes it so transformable

n we submerge a crystal of Himalayan salt into water, it dissolves, creating Sole, the liquid materialization of the sun’s energy. The sole is neither water nor salt.

It is a higher energetic dimension than either the water or the salt alone. When the Sole evaporates, it leaves behind the salt, precisely as it was. This is transformability of salt ensures that it doesn’t have to be metabolized in our body.

“NOTE: When speaking of the importance of salt, we are NOT speaking regarding common table or cooking salt, which consists of sodium and chloride.”

Unlike starch which is transformed into sugar, a protein that is converted into amino acids, and fat, converted into glycerin and acid, salt remains salt. It is directly available to the cells in the ionized (electrical or energetic) form as Sole.

All other foods must be separated into their components for the body to make use of them. But salt always remains in its original form. It even accesses our brain directly.

No Thoughts and No Actions Without Salt

Remember, energy and information are two terms used to describe the same thing. Even the most straightforward processes in our body need salt, or its inherent elements (ionized energy). Our nervous system is a sophisticated energy network.

It transmits stimulation that is recorded via sensory input (all of our senses are energy receptors, our eyes receive waves of energy – information in the form of light frequencies, our ears receive sound frequencies or patterns of energy and our nose senses odors, also electrical charges in the atmosphere). Everything in the universe works by the fundamental principals of energy!

These sensory inputs that travel to our brain are passed on to our muscles for them to react to the respective stimuli (electrical current). An electric potential occurs on the membrane wall of a cell when the positivity charged potassium ions leave the cells, and the positively charged sodium ions cannot enter due to their size.

The outside becomes positively charged and the inside, negatively charged. When a nerve cell is stimulated, its membrane suddenly becomes polar opposite and is permeable to the sodium ions, allowing the electrical charge to enter.

Without the elements of potassium and sodium salt, none of this is possible. Not even a single thought, let alone an action, is possible without their presence. First, comes the thought, a wave of energy received in the brain. This thought is nothing more than an electromagnetic frequency. The salt is responsible for enabling this frequency to transmit commands to the muscles and organs.

Osmosis – The Principle of Metabolism

The Conductivity of Salt

If you’ve ever taken chemistry in high school, you’re familiar with this simple experiment to test the conductivity of salt. Two ends of the electrical wire are attached to a light bulb.

The other ends are submerged in a glass of water. Because water alone is not conductive, the bulb does not light up. But when we add a little salt to the water, the bulb starts to glow.

It’s the same with our bodies. When we lack the natural elements in salt, we suffer from a chronic energy deficit or deficit of information. Salt cannot be labeled as a medication because that would imply that apples too were medicine. Salt is an essential core nutrient with exceptional abilities and qualities fundamental to keeping us alive!

We can find that which we are lacking, the respective frequency patterns of energy or information, as well as the necessary biochemicals, in “Original” Himalayan Crystal Salt.

(NOTE: When speaking of the importance of salt, we are NOT speaking regarding common table or cooking salt, which consists of sodium and chloride.

Those forms of refined salt often contain toxic halogens such as iodine and fluoride along with harmful flow agents such as aluminum hydroxide as well as chemical preservatives. Common salt is an industrial waste product with only two of the original 84+ elements remaining (sodium and chlorine).

It acts as a dangerous cellular poison within the body. Sea salt is a popular alternative to refined salt. However, natural seas salt (including Celtic Salt harvested at the shore is only partially viable even when it is not industrially processed. Additionally, sea pollution, with its many harmful toxins, can cause negative biophysical frequencies that may affect the finished product. 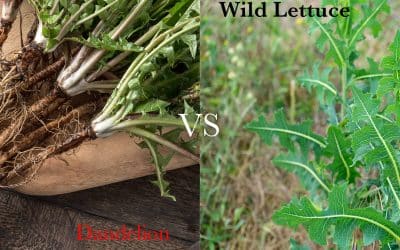 When looking up natural remedies to help with sleep or natural pain relief alternatives, you might have trouble comparing wild lettuce vs. dandelion in terms of medical use. That's because wild lettuce is the cousin of the dandelion and has a very similar appearance....

END_OF_DOCUMENT_TOKEN_TO_BE_REPLACED

How to Beat Erectile Dysfunction

How to Beat Erectile Dysfunction Through a Holistic Approach Erectile dysfunction is a fairly common problem for men, and it's a problem that can cause significant issues in the bedroom. Men often wonder how to naturally beat erectile dysfunction with various natural...

END_OF_DOCUMENT_TOKEN_TO_BE_REPLACED 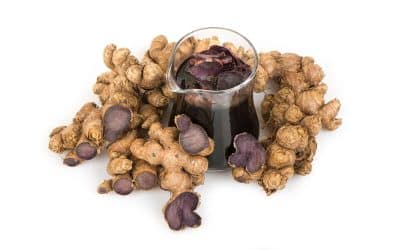 Kra Chai Dom Treats Erectile Dysfunction Naturally Kra Chai Dom originates from Thailand and is known by names such as black ginger and Thai ginseng. It's commonly used in Thai medicine as a natural herbal energy enhancer, and it's specifically used as a natural...