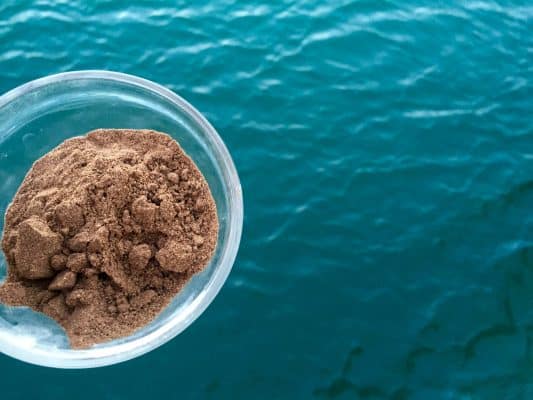 Is Saw Palmetto Good For You?

Saw palmetto has traditionally been associated with therapy for the prostate gland. Earlier last century, entries could be found in many pharmacopeias testifying to its use for benign prostatic hyperplasia (BPH). The petiole has a sharp spiny edge that can cut the clothing or legs of those unfortunate enough to come in contact with it, hence the common name of saw palmetto. The fruit, a one-seeded dark brown to black drupe (known as the berry), is the part used in medicine. The dried berries, liquid extract or pressed oil of saw palmetto were used for respiratory complaints, particularly those accompanied by chronic catarrh, and conditions of the genitourinary tract, mainly to reduce irritation (for all forms of cystitis) and for prostatic hyperplasia. It was considered to build tissues.

The eclectics used saw palmetto for upper and lower respiratory problems, atrophy of the breast, ovaries, and testes and for BPH. Saw palmetto was described as the ‘old man’s friend’ and, with amazing accuracy, as ‘a remedy for prostatic irritation and relaxation of tissue (rather) than for a hypertrophied prostate.’

It was also used for inflamed gonads in the male or female and as an aphrodisiac. One exciting application was uterine hypertrophy.

Saw palmetto is endemic to the southeastern United States. Saw palmetto’s native range is from the coastal plain of southeast South Carolina to Georgia, throughout the state of Florida, including the Florida Keys, and to the coastal plains of Alabama, Mississippi, and southeast Louisiana. Saw palmetto is a major understory plant, sometimes forming dense thickets in pinelands, dunes, sand pine scrub, mesic hummocks, and woodlands. The plant is one of the most abundant in Florida and is reported to be very well adapted to survive fires.

Saw palmetto leaves, stems, roots, and fruits had a variety of historical uses. Fans, baskets, roof thatching, straw hats, and dolls have been made from saw palmetto leaves, upholstery stuffing from the leaves and stem fibers, and scrubbing brushes from the tough, fibrous roots. In the late 1800s, saw palmetto fruits were “lauded as the ‘old man’s friend,’ giving relief from the many annoyances commonly attributed to an enlarged prostate.” Felter and Lloyd, writing in the King’s American Dispensatory in 1898, went on to comment that “We would rather regard saw palmetto as a remedy for prostatic irritation and relaxation of tissue than for a hypertrophied prostate.”

As authorities of the eclectic school of medicine, they begin their discussion of saw palmetto with “Saw palmetto appears, from clinical reports, to be a nutritive tonic.” Indeed, at that time, saw palmetto was used as a tonic to treat a variety of maladies of the male and female reproductive organs and various irritations of the mucous membranes, including coughs due to different medical disorders.

The American Urological Association (AUA) has published guidelines on the diagnosis and treatment of BPH. This common term is not always used to denote changes in the prostate but is mostly employed to describe a cluster of bothersome LUTS that increase in frequency and severity as men age.

Associated mortality and even severe complications such as complete urinary retention are uncommon. Since some of the symptoms associated with BPH may also be due to urinary tract infections, bladder stones, bladder cancer, prostate cancer, and other severe medical conditions that cannot be rationally treated by saw palmetto, men should have a thorough diagnostic evaluation by a physician before and during any use of saw palmetto to be certain that BPH and not a different disease is the source of the symptoms.

The AUA treatment guidelines include the patient answering questions concerning the severity and frequency of the main symptoms, which gives the AUA Symptom Index identical to the seven questions of the International Prostate Symptom Score (IPSS) questionnaire).

The score on the IPSS or AUA Symptom Score questionnaire is used to classify the severity of BPH as mild (0–7), to moderate (8–19), or severe (20–35). Since some individuals may choose no therapy (“watchful waiting”) and others with the same symptom score may be sufficiently bothered to seek relief by pharmaceuticals or surgical intervention, there exists a wide latitude in the treatment of choice by the physician and patient for a condition that mainly concerns the quality of life.

The medical drug therapies evaluated by the AUA include a-adrenergic blockers, 5a-reductase inhibitors, combination therapies, and phytotherapy. The AUA considered the a-blockers to be equal in relief provided but to have slightly different side effect profiles. Recommendation for using 5a- reductase inhibitor therapies alone or in combination with a-blockers was limited to men with evidence of prostatic enlargement.

The pharmacokinetics of Saw palmetto has been investigated in an open, randomized, crossover study of 12 healthy males who ingested one 320 mg capsule or two 160 mg capsules of saw palmetto per day. Saw palmetto was absorbed rapidly, with a peak time (Tmax) of 1.50–1.58hr and peak plasma levels (Cmax) of 2.54–2.67mg=ml.

The area under the curve value (AUC) ranged from 7.99 to 8.42mg hr=ml. Since the plasma concentration-time profiles of both preparations were very similar, the preparations were considered bioequivalent, but the validity of the methodology has been questioned. In another study, the bioavailability and pharmacokinetic profile of a rectal formulation containing 640mg of Serenoa repens extract were determined in 12 healthy male volunteers. The rectal formulation was similar to the oral one but showed a slower absorption, with a Tmax of 2.96 hr. In a study of the administration of a radioactive lipophilic sterol extract of saw palmetto in rats, tissue concentrations of lauric acid, oleic acid, and b-sitosterol were highest in abdominal fat tissue, the prostate, and the skin with lower concentrations in the liver and urinary bladder.

The lipidosterolic extract of Saw palmetto berries has multiple effects, including inhibition of 5α-reductase, which is the isoenzyme that converts testosterone to the biologically more potent dihydrotestosterone. The human prostate contains type I and types II isoenzymes of 5α-reductase, with the latter being the essential isoform. Saw palmetto is a noncompetitive inhibitor of both types I and type II isoenzymes, whereas the synthetic 5α-reductase inhibitor, finasteride, is a selective competitive inhibitor of type II 5 α-reductase.

Saw palmetto extract also possesses anti-androgen effects by inhibiting the binding of dihydrotestosterone to cytosolic androgen receptors in prostatic cells as well as anti-inflammatory effects by reducing arachidonic acid metabolites by inhibiting aromatase cyclooxygenase and lipoxygenase. Unlike other 5α-reductase inhibitors, lipophilic extracts of saw palmetto block the 5α-reductase activity of prostatic epithelial cells without interfering with the secretion of the prostate tumor marker, PSA.

The mean duration of the studies included was nine weeks (range: 4–48 weeks), and the main comparisons were sawed palmetto versus placebo or saw palmetto versus active control. The conclusions of the analysis were that saw palmetto extract improved urinary tract symptoms and flow measures in men with benign prostatic hyperplasia when compared to placebo and performed just as well when compared to finasteride. The same group published an updated review in 2002 that added 230 patients from three new trials, and they again concluded that saw palmetto extract provided mild to moderate improvement in urinary tract symptoms related to benign prostatic hyperplasia.

Beneath many a saw palmetto tree is a discreetly situated eastern diamondback rattlesnake. The rattlesnake represents many symbols and omens in snake mysticism. Snakes remain intricately tied to our tree medicine and healing ways in Africa and the New World. Whether this particular snake is a totem, omen, or protector of the saw palmetto tree remains to be considered. What we do know is that each year people are bitten when they do not realize that saw palmetto is the diamondback rattlesnake’s hideout. Awareness and respect are critical to the productive gathering and processing of tree medicines.

Reduces the risk of prostate cancer