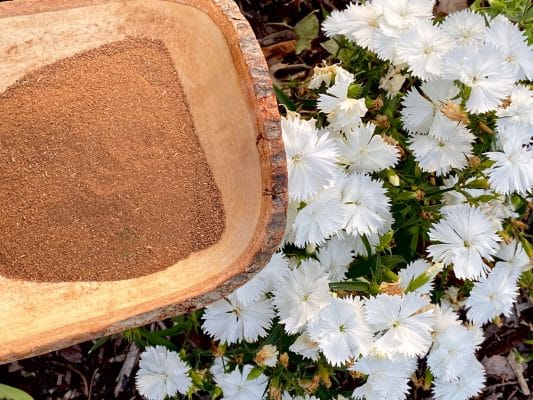 Mpesu in Tshivenda is a tree said to be ten times stronger than Viagra – and has drawn the most attention. Should you consume Mpesu today, it is going to last five to six days, and you’ll have a firm erection.

The chemical extracted from the Mpesu root and swallowed with tea and other traditional drinks are shown to relax the muscles of the male sexual organs, delivering a rush of blood, which results in enhanced erections, according to researchers mentioned in news media.

Ntanganedzeni stated the continuous erection would not hurt.” At any time you meet a lady, you’ll receive a powerful erection,” he said, including a warning that traditional healers should prescribe Mpesu.

Ntanganedzeni joked the Venda people were famous for having a lot of children, suggesting that it was because of Mpesu.

If you go into Joburg, the girls will say they want a Mpesu Venda man.

Poachers have converged on the area to plunder Mpesu, once plentiful throughout Zimbabwe and Tanzania, since it grows best there.

Botanical gardens also have tried to grow the tree; however, the soil and rain are the very best.

You have to observe the local male population roving about with a spring in their step to understand their claims about being the most sexually powerful men in the world’ could be legitimate,” stated in the Johannesburg-based Sowetan newspaper article.

Botanists have confirmed the positive effects of the tree that has allegedly been known to and exploited by traditional artisans in the area.

He explained the former Venda homeland was abundant in Mpesu. He cautioned young guys from utilizing mpesu because; they could end up raping.

The traditional mpesu concoction was approved at the University of Pretoria 10 decades ago, but individuals with sexual problems should first consult traditional healers, who can prescribe it to them.

Before drinking the concoction, a man is given some natural herb(s) that cleans the bladder.

The generic name is derived from Latin securis, as the form of the wing onto the nut recalls a hatchet. The specific title longipedunculata hints at the very long peduncle where the blossoms are borne.

The root of the wild Mpesu tree (Securidaca Longepeduculata) found in the villages of this Venda district near the Kruger National Park across the boundary with Zimbabwe, is said to be the source.

Villagers jealously protect the trees, and local tribal chiefs have authority to market the crushed roots,” the newspaper said.

Lots of the trees in and around the region’s Brackenridge Nature Reserve have, nevertheless, been destroyed or were dying, as stated by the Sowetan.

Village elders warn of the risks of the shrub’s abilities, recommending that men who use its root, refrain from ingesting massive amounts and do this only when they are sure their sexual partners are available for affection and when they are close to home.

The impacts of the key infusion roots of Securidaca longepedunculata were tested on calcium, sodium, and potassium currents in rat skeletal muscle cells developed in culture.

Also, they were analyzed on depolarization-induced regeneration and resting intracellular calcium levels.

S. longepedunculata Mpesu extract (10(-6) g/l) increases sodium current in any way potentials. No obvious effect was observed on calcium current aside from a small increase at negative potentials (-30, -10 mV) showing a five mV shift towards unwanted possibilities of this (Ca)/V curve, as with potassium current.

It wasn’t conducive to this slight increase in resting intracellular free calcium concentration, that didn’t change throughout and following S. longepedunculata application.

These results strongly imply that S. longepedunculata Mpesu root extract includes a couple of components acting on the voltage-sensor of excitation-contraction coupling (dihydropyridine receptors), no matter its response for a calcium channel.

The violet tree Mpesu is a little to a midsize tree that grows up to 6 m high, with natural mild grey smooth bark. Leaves are varying in size, alternate, often in clusters or crowded on dwarf spur branchlets that are sometimes spine-tipped.

They’ve very delicate hairs when young, but they lose them as they mature. Flowers are sweetly-scented, in small bunches, pink to purple, and are made in early summer. They’re approximately 10 mm long and are each borne to a very long, slender stalk (peduncle).

Terminal and axillary sprays are all about 30-50 mm long, appearing with all the very young leaves. The fruit is round, with a different membranous wing upward to 40 mm long, purplish-green when still young, becoming light straw-colored, and can be seen between April and August.

Mpesu bark and roots have been taken orally in capsule and powdered form or just as infusions for treating chest ailments, inflammation, headache, abortion, ritual suicide, and tuberculosis, infertility issues, autoimmune diseases, as well as gout.

Tooth-ache may be alleviated from chewing Mpesu roots. Mixed roots of this violet shrub along with dwarf custard apple are traditionally utilized as a treatment for gonorrhea. Mpesu powdered roots or timber scrapings are usually used to deal with a headache by massaging them onto the eyebrow. In contrast, infusions from the Mpesu roots have been utilized to clean tropical sores.

Back in Limpopo, the vhaVenda men and women make use of roots for emotional disorders as well as protection against children’s disease throughout menopause. It’s also believed that most African American men and women utilize powdered violet shrub (Mpesu) roots as a sexual boost for people.

Even the vhaVenda individuals mix the roasted root using mageu (maize or sorghum drink), also it’s given to a person to drink if he’s sexually impotent.

The Mpesu bark is traditionally used to produce soap, fiber for fishing nets, baskets, along with strong scents which can be utilized to sew bark material.

Back in Zimbabwe, Mpesu roots are employed to treat those that are thought to become possessed by evil spirits, snake bites, coughs when mixed with salt and water.

The extract from the soaked Mpesu root-bark is drunk as an aphrodisiac in addition to for overall purification of the bloodstream. It could be chewed for emergency or suitable usage, notably by boys and teenagers. The Mpesu root extract is also taken along with other medicines within an emetic.

Traditional experts used Mpesu more for magic compared to medicinal purposes. They state it’s the one which converts magic powders to living familiars. When used as an ingredient in dzovheyo, it’s believed to trigger other medicines also to create foam usually identified in dzovheyo. A decoction of the Mpesu root can be applied as an anthelmintic in addition to a purgative.

Note: We highly recommend consuming 4-6 capsules daily of our Mpesu, although it states it will last approximately up to six days. The long-lasting results or promise may not apply to everyone.

Place one heaped teaspoon of Mpesu in a cup.

Add enough boiling water to fill 1/2 of the cup

Allow the water in the cup to cool.

Strain and consume twice a day.