As COVID-19 surges around the world, scientists are desperately racing to find a treatment for it— and hopefully a cure for it as well. So far, one of the most promising (but not officially approved) types of treatment are antimalarial medicines. Of these, two medicines are being researched and considered more than others for coronavirus: chloroquine and hydroxychloroquine, two antimalarials with potentially hazardous side effects.

Hydroxychloroquine is the “less toxic” of the two, but it still has many concerning side effects, too. Pending approval as an official coronavirus drug, the public has a lot of questions about it. Like: how does hydroxychloroquine work? Will it fight coronavirus? Is it safe? Should you take it?

Though some studies suggest it could work great against coronavirus, we’re still mostly in the dark about it for now—especially when it comes to its safety.

Nevertheless, here are some facts about hydroxychloroquine to consider before it’s officially (potentially) given approval for COVID-19 and whether you should take it or not.

Hydroxychloroquine is a pharmaceutical made from quinine. Quinine is a natural but powerful alkaloid extracted from the bark of the chinchona tree, a South American plant. Quinine has been used to treat malaria, a very dangerous and possibly life-threatening fever. Quinine pharmaceutical medicines revolutionized the fight against malaria when they were first developed in the early 20th Century.

Quinine medicines are considered “essential medicines,” meaning they must be manufactured and made accessible to everyone (especially when very effective against a widespread disease). They have anti-inflammatory, anti-parasitic, and antimalarial properties, and they also reduce fever. You can also find quinine as a natural remedy or inside of our Parasite and Worm cleanse. Quinine is added to some tonic water products, too.

Quinine and pharmaceutical quinine medicines are all helpful malaria treatments. But over time, scientists have tested quinine-derived medicines— including chloroquine and hydroxychloroquine— and found them helpful for many other types of illnesses, too.

However, like pharmaceuticals, they brought worrisome side effects with them, too. Today, they’re still used to treat autoimmune disease (like rheumatoid arthritis), and more, despite the hazards they pose.

The buzz around hydroxychloroquine and COVID-19

So, what makes scientists and doctors so confident in an antimalarial medicine for COVID-19? For starters: COVID-19 is the name of the disease caused by a highly contagious coronavirus. However, COVID-19 isn’t the only illness caused by a coronavirus. It also isn’t the only disease hydroxychloroquine has been used to treat, either. SARS (severe acute respiratory syndrome) is also caused by a coronavirus. So is the common cold, influenza, and many other diseases, according to the National Foundation for Infectious Diseases. (Which may come as a surprise!)

Hydroxychloroquine is effective for some of these, as well. It’s also being researched as a potentially very effective treatment for the rest as well. Since it has a history of treating coronavirus already, scientists have been quick to study hydroxychloroquine as a top drug candidate for COVID-19. Even now, studies this year (2020) are showing it has promised: one study shows it can control extreme fever, while another shows it can treat coronavirus-caused pneumonia.
It could also both prevent the coronavirus disease and help treat people with symptoms of it, too. Still, its side effects and health dangers are noteworthy and have been highlighted in some research articles as well.

Hydroxychloroquine is antiparasitic. Is coronavirus a parasite?

So, how do you explain its benefits against coronavirus specifically (especially since it’s an antimalarial, and malaria is caused by a parasite)? Hydroxychloroquine is both an anti-parasitic and an anti-viral. This explains why it’s used to treat so many viral illnesses, not just malaria parasites.

Ask a doctor how the drug works, and they’ll tell you that it uses very similar tactics to fight both parasites and viruses alike. When fighting the malaria parasite (Plasmodium spp.), it breaks down membranes in the parasite’s cellular structure and eventually kills it. This stops it from spreading or having further effects.

With viruses, the quinine-derivative does a similar thing: it interferes with a virus in ways that make it hard to replicate and spread. It also hampers its ability to latch onto tissues and spread that way, too, according to Live Science.

To sum up: hydroxychloroquine (and other quinine medicines, too) are downright virus killers! Not only that: its anti-inflammatory effects are key to fighting the body’s overactive cytokine response (a.k.a. fever), an overpowering (and dangerous) symptom of some diseases, including malaria and COVID-19.

But unfortunately, this pharmaceutical can bring harm to the body, too, in the way that it works.

Dangerous side effects of hydroxychloroquine

Hydroxychloroquine kills viruses and treats viral symptoms. It’s at the frontline thus far for treating COVID-19, according to researchers. Best of all, it’s widely available— and you don’t even need a prescription for it. It’s a total slam dunk! Right? Sadly, no.

Both chloroquine and hydroxychloroquine, despite coming from the more natural quinine, are toxic. Thankfully, hydroxychloroquine is the less toxic one. Regardless, the drug is linked to side effects like weight gain, loss of vision, and— if used in excess—death.

However, these side effects only happen to those who take the drug for a long period of time and every single day. Still, short-term side effects and interactions are known to happen. These can affect the eyes, muscles, nerves, and digestive system in unhealthy ways.

People who want to use hydroxychloroquine for COVID-19 should be very, very careful. Yes, it can be taken every day to prevent the risk of coronavirus infection. But there are risks to doing this— and the risks may not be worth it at all, especially considering that overdoses of this recommended drug are already happening.

Should you take hydroxychloroquine if you get sick?

Hydroxychloroquine could be a promising pharmaceutical for fighting coronavirus. But there’s a lot of emphasis on the word “could” here— we just don’t know yet, and more trials are being done to make it certain. That said, there are a lot of unknowns, too. And while we are unsure of its benefits, the very hazardous side effects are still certain, and overdose is possible— as well as highly undesirable side effects.

Make sure to follow your doctor’s advice if you try hydroxychloroquine at all for preventing or treating COVID-19. For a safer, more natural alternative, try taking quinine herbal supplements or quinine-infused tonic water daily (though no studies are proving this could work against coronavirus, either).

Above all else, follow the typical precautions you would for preventing any viral illness like colds or flu. This is the most important step of all. 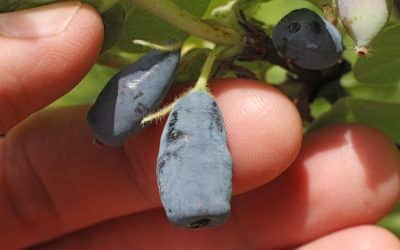 In the Western world, we might think we've seen it all: every superfood, health food, or antioxidant-rich berry out there. Fruits like acai, pomegranate, and blueberry have taken health-focused juices and fitness supplements by storm, all thanks to their reputation...

END_OF_DOCUMENT_TOKEN_TO_BE_REPLACED

Herbs and The Human Energy Field

We are all swimming in a Universal field of energy. At the very core of all that you see, taste, smell, hear and touch is a vibrational reality, which gives rise to the physical one. At the level of physical perception, we are apparently separate individuals living in...

END_OF_DOCUMENT_TOKEN_TO_BE_REPLACED

What Is The Lymphatic System?

Many turn to herbs and natural remedies for supporting certain aspects of health. Boosting the immune system, improving liver or kidney health, detoxifying the body, and even clearing up the skin are all popular go-to’s. You’d be hard-pressed to find one herb or...

END_OF_DOCUMENT_TOKEN_TO_BE_REPLACED

$75+ on ALL domestic orders! International shipping cost has decreased. Dismiss